We recently cleaned up the darkroom in my local photography club. It had not been used since the digital revolution. A few weeks ago I did my first black and white prints on silver gelatin paper.


I used glossy Ilford Multigrade RC paper and developed using Ilford Multigrade, Ilfostop, and Ilford Rapid Fixer. I started with what I, in my ignorance, would call a normal-contrast negative. After a few test-strips I decided to print the whole negative on grader 4. That was way too much contrast, so I did another one on grade 3 which was much more pleasing. The print is seen on the right-hand side in the picture below. 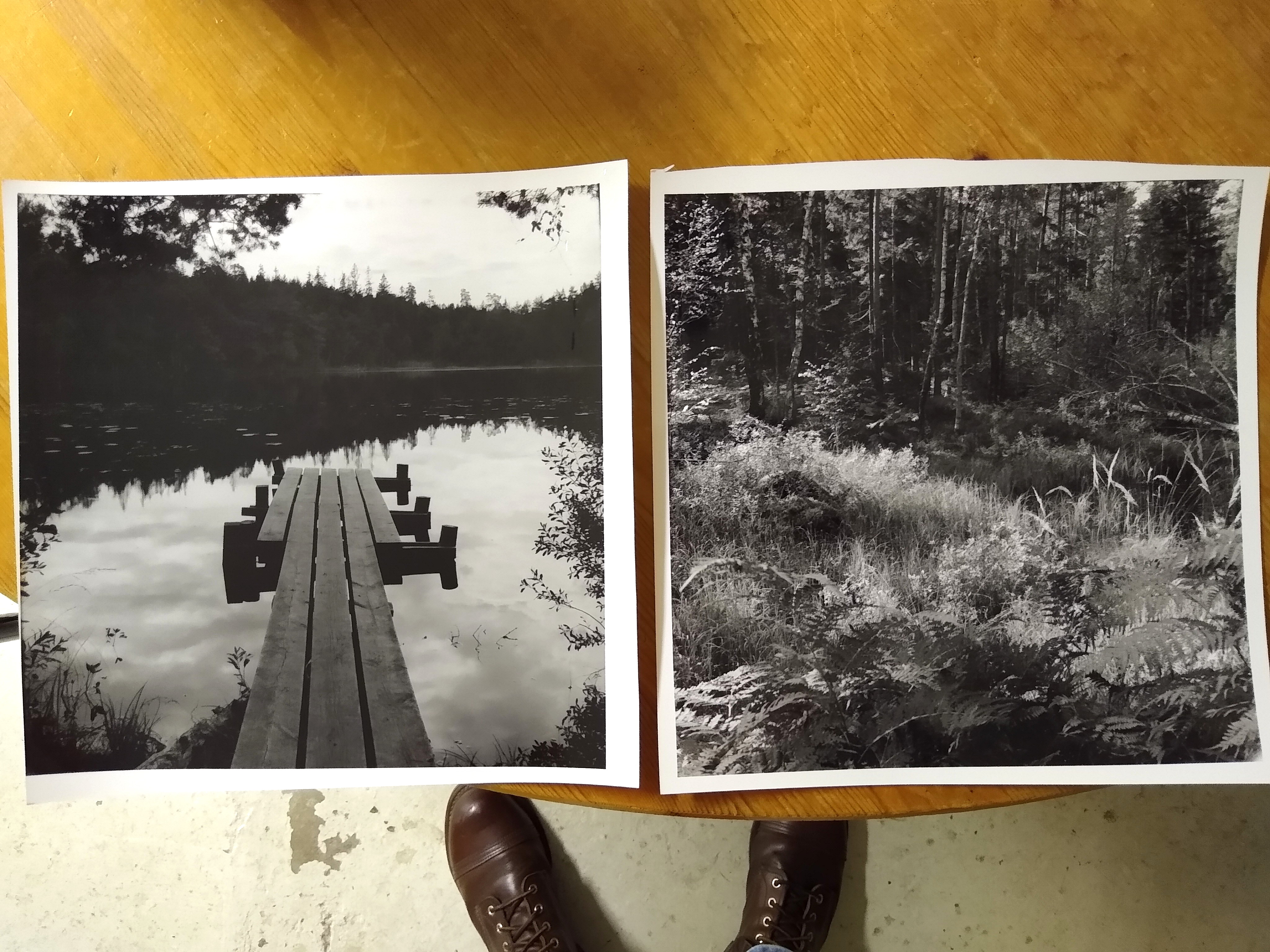 Next, I challenged my self by selecting a negative with a lot of contrast and decided to try split-grade printing where the paper is exposed at both a low contrast grade and a high contrast grade. The low-contrast exposure controls the highlights, while the high-contrast exposure controls the shadows. I ended up exposing for 20 s at grade 0 and 10 s at grade 4.5 (the highest I could reach with this paper and the color head on the enlarger). I also dodged the forest and reflections somewhat during the low-contrast exposure to try and bring more contrast to that area. The result is the left-hand print in the picture above. The highlights show a little more contrast in real life than in the picture.